In 1965, Istanbul Private School of Dentistry moved to its new building in Nişantaşı and gave its first graduates in this building. Between 1965 and 1972, Assoc. Prof. Dr. Oğuz BAZ took charge as principal. With the school regulation changed in 1969, the period of study was increased from 4 to 5 years and the internship system was implemented.

On 9 July 1971, the school was nationalized with the law numbered 1472, and it was affiliated to the Istanbul Academy of Economic and Commercial Sciences and its name was changed to the School of Dentistry. Between 1972 and 1978, Prof. Dr. Suat İsmail GÜRKAN was appointed as principal.

Since 5 August 1976, the Education and Examination Regulations Istanbul University Faculty of Dentistry have been accepted and the education system has been updated. On 15 February 1979, Prof. Dr. İlhan ÇUHADAROĞLU was appointed as principal. Between 1979 and 1980 Prof. Dr. Cengiz OKTAY, between 1980 and 1981 Prof. Dr. Faruk OR, between 1981 and 1982 Prof. Dr. Bülent BAŞARAN served as principals. 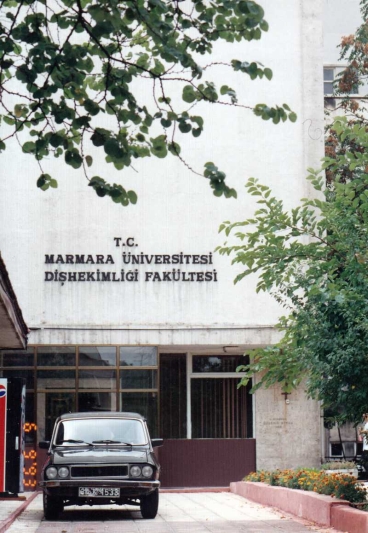 In 2015, Faculty of Dentistry moved to its new building in Marmara University Başıbüyük Health Campus, where it currently operates, and continues its activities in 20,000 m2 area.